I was born in Medan on February 5th, 1973.  I fell in love with photography, in 1994 when I took my undergraduate in UGM Yogyakarta, and until now. I keep learning photography to improve my skill.
Many sites and places I’ve visited in my country, and i proudly documented its beauty in various images after the travelling and
exploration. I’m actually fond of any interesting objects, particularly nature, art and culture.
I teach basic photography class in Bogor, now it’s been 55th group since its first opening.

Several events and competitions in the last  years :

* The Best Photo of Farming and Food Photo Competition (2008)

* The Runner Up of Indonesian Idol Spectacular Photo Contest (2008)

* The Runner Up for Fastron Enduro Photo Contest (2010)

* Speaker  at  ministry of tourism and creative economy, “Woman Photographer” (2013)

*Speaker at id Bloger event as A travel Photographer 2019 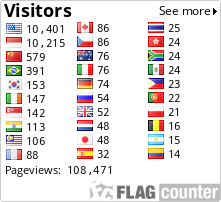